Stories  /  Story behind the photo

Lake Bled at sunrise from Ojstrica making a success out of failure.

The intention on this morning was not just to photograph Lake Bled at sunrise, but to capture the sun rising over the mountains behind the island Church of the Assumption of Mary from the classic viewpoint of Ojstrica. It was likely my last chance, because soon the sun would move too far south for the autumn and winter.

Using the Clear Outside app, I saw that the forecast was for high cloud, almost at 95% with a small chance of rain. High cloud is good, if it is also clear on the distant horizon and the sun will be visible as it rises over the mountains.

I awoke at 4am to the sound of distant thunder, and checked another app, this time my Storm Radar app. It showed heavy rain over the whole northern part of Slovenia. But it also showed it clearing away towards sunrise.

My wife raised her sleepy head, opened one eye and inquisitively asked, “Are you really going?”

“But I can hear thunder”

“Yes there’s a storm coming, but that might clear by sunrise”

She let out a sigh that once again conveyed her exasperation at us crazy landscape photographers, and drifted back into peaceful slumber.

I’ve often thought that being married to a landscape photographer must be akin to being married to a doctor: We both have a tendency to get called out somewhere in the middle of the night. In our case though it’s the light calling.

I knew the chances were slim, but also know Mother Nature usually throws something at the patient landscape photographer. So I set off.

Through the driving rain

It wasn’t raining when I left, but I soon hit heavy rain and drove through it most of the way. Upon arrival at Lake Bled there was no rain, and the ground was dry. This filled me with a glimmer of hope.

READ NEXT  Lake Bled viewpoint from Ojstrica at sunrise

It used to be that you could park in the car park next to Zaka Campsite for free that early in the morning, or just pay a flat fee of 5 Euros if you got back when the attendant was there. But this year they changed it all, and now there are barriers and a flat extortionate fee of 3 Euros per hour 24/7. So this time I drove up to the train station car park and walked back down.

Good planning is ever important when trying to capture a particular event like this. I knew the sunrise was going to be at 6.20, and also knew that to get the best of the blue hour at this time of year I needed to be in position one hour before. I also knew that it takes about 20 minutes to hike up to Ojstrica, even in pitch black with a head torch (mainly because I had already done it many times in both daylight and darkness). I also knew I’d need an extra 10 minutes to walk down from the train station, and about 45 minutes at the most to get from Ljubljana to Bled train station. Hence the 4am start.

As I started walking down to the lake the rain began. At the bottom I stood under a tree and began to reassess my situation. Should I stay down by the lake instead? After all, it was looking more and more as though lady luck would not shine on me this morning.

You never know how things are going to pan out. I’ve been out before with a plan to capture a moment like this, but sometimes it doesn’t work and sometimes the morning starts with thick cloud and then as sunrise approaches it all clears and you get the shot you want. This had happened to me a few months before at Jamnik Church.

READ NEXT  How much does luck play a part when taking a photo?

Watch a video of that shoot here

Another great sunrise at Lake Bled

I already had a great shot of the sun rising behind the church from beside the lake, but I didn’t have one from Ojstrica viewpoint. So I knew that if it did clear up I’d kick myself for not trying. So I put on my raincoat, head torch and trudged up in complete darkness. The shot from before beside the lake.
Sunrise over Lake Bled and the island church of the assumption of Mary with the Karavanke mountains in the background, Slovenia.

By the time I got to the viewpoint the rain had stopped, and as I emerged on the rocky outcrop I saw a crack in the clouds behind the cliff-top castle. With a speed honed from many years of experience setting up my equipment quickly, I had everything ready in a jiffy.

The island church is usually lit at night, so blue hour at Lake Bled is great with the church and the castle lit up. But for some strange reason the lights of the church were off. So, rather than be put off, when you can’t get what you want, look for you can get. I focused on the castle at first, but a close up shot and subsequent inspection showed that only part of the castle was lit.

I wasn’t having much luck!

Experience has also taught me that although the clouds were breaking now, it doesn’t always mean it will get better. Sometimes the break can close again. As the church was not lit, I needed to brighten that foreground so put on a 3 stop hard ND grad and watched and waited for better light.

A glimmer of hope

As the twilight grew brighter, that slice in the cloud grew longer until for a short while the morning light from the rising sun flooded through and fell onto the lake and church. Mother Nature had thrown me a bone.

For a moment things were starting to look promising. I started to hope and pray that the break would expand, or at the very least the sun would break though the gap in the clouds; a little higher than I had wanted but at this point I was ready to take what I could get.

Sadly though this was it; an all too brief shaft of light through the otherwise thick cloud at dawn. I got this, my best shot of the morning. After that the rip in the clouds stitched itself up and remained sealed for the rest of the morning. I waited around until around 7.15 but to no real avail.

I didn’t get the shot I had gone there for, but rather than just stay focused on my intended image, I had worked with the conditions and kept my photographic eye open for something else, and got another great shot instead. I had turned failure into success in a different form.

I returned and got the sunrise shot.

Join me for a one or half day workshop at the fairytale setting of Bled is a beautiful glacial lake surrounded by towering alpine mountains..
LEARN MORE 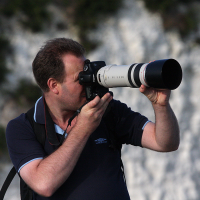