The first time I ever visited Slovenia I learned that 60% of the country is covered with forest. But I was also excited to learn that within these forests lives a large population of the European brown bear. In the years that followed I tried in vain to find them, or more importantly, to find someone who could lead me to them in order to photograph these wonderful animals.

Nobody really seemed to know, or were interested. Until one day I discovered slovenianbears.com

Miha Mlakar, the owner and founder of the company, has made it possible to photograph the Slovenian brown bear via a number of specially built photographic hides he has personally built in a variety of locations around south-western Slovenia, specifically in the Notranjska and Kocevska regions, and across the border in Croatia.

Miha invited me to go on a photoshoot in one of his hides with an Italian friend of his. I accepted without hesitation.

Now I cannot tell you how excited I was to finally get the chance to do this after all these years. Naturally, I was also a little nervous. Although incredibly cute and cuddly looking, bears are also very dangerous. It was mid May and the bears were fresh out of hibernation, and no doubt very hungry. Another danger is that you might cross a mother bear with her new cubs.

As we trudged along the forest track towards the hide, I expressed my concerns to Miha. “Don’t worry,” he said, “I have more trouble with people than bears”

The brown bear have its own routes, and invariably keep away from people and the main trails. They will hear or smell you long before you see them.

Once we arrived at the clearing It was amazing to see the hide he had built. Miha has designed and built it especially for photographers, with a long shelf to rest your camera on and small round viewing holes for your lens to fit through.

Miha told me how he had chosen these locations because they are on the bears’ food trails. Once he finds a location, he puts food out in strategic locations so the bears get to know it as a source of food. This increases the chances of a sighting. He led me to the place where he spreads the food, and started throwing it around.

He then took me to the hide and we got in. “Once in here,” he told me. “Do not leave until I come to get you.” I assured him there was no chance of that!

He also told me to switch my camera to silent mode, and especially to turn off the beep when it focuses. “Keep everything very, very quiet.” He warned. This was not, as I thought, because the bear might attack the hide. “You are perfectly safe in here,” he assured me. But it’s to ensure that the bears are not scared away.

Soon after, my Italian counterpart joined us and Miha left. We locked the door!

Nothing much happened for the first half an hour or so, but then two 1 year old cubs came by and stayed for well over an hour.

Now, the thing about photographing bears, or any other wildlife, is that you are at the mercy of the animal and its environment. You cannot simply tell a bear to move over a bit. Nor can you move around or move a tree or branch because you must stay in the hide.

You are also mostly working in low light, because bears and other animals tend to be out in the early morning or late evening, and also because you are in the forest where the light is low. Another problem is that you are far away from the animal, especially in this case.

Therefore, equipment is very important. You need a long telephoto or zoom lens (at least 300mm or more), and a camera with very high ISO capability. Another advantage is to use a camera with a very high resolution, which will also allow you crop into the photo without losing quality.

When the two young brothers first arrived, they were quite far away in a shady patch, as you can see from the photo above. We waited patiently in the hope that they would find the food that Miha had put out, which was in a clearing with lovely light falling over it. Another advantage, as Miha is also a photographer he knows the best places to put the food to attract the bears into more favourable light.

After a while, one of the bears ventured tentatively over, ears pricked up and eyes searching. We held our breaths.

The young bear, once confident he was safe, stayed in this spot for a long time. We clicked away!

He wasn't always facing us, but that was okay

Always alert to the presence of danger. I swear they suspected we were there.

All the time I was photographing these two, I was wondering where the mother was. Was she lurking nearby?

Soon they both ran away, and shortly after a larger bear suddenly appeared………

It seemed like this could have been the mother, although I am not an expert. This one definitely seemed to sense there was something or someone inside this strange structure.

While I was concentrating on photographing this big bear walking away, and at the same time trying to calm the butterflies in my stomach, I failed to notice a huge male nearby until he suddenly filled my frame…………………..

I managed to catch this one photo before he disappeared behind thick branches. But then, he stopped and rose up to his full height and we watched in awe as he proceeded to scratch his back against a tall tree and we could see just how gigantic he really was. And we gasped, both in amazement and frustration because we couldn’t photograph it as the thick forest was obscuring him. But I for one had no intention of running out there to get a clearer shot!

Some people may say we were lucky this night, but in truth most of this was down to the way that Miha has set up this network of photographic hides. Because of his expert local knowledge and personal experience, and the fact that he is also a photographer, he has not only been able to identify perfect locations for the hides, but has also gone to great lengths to ensure that the bears get to know these areas as a regular source of food. His photographic knowledge also means he puts food out in area where the light is more favourable, which attracts the bears into these spots. Therefore you get the maximum chance of a sighting, and of getting great photos. Of course there’s no 100% guarantee, but with Miha’s hides, it’s the best chance you are going to get…

Want to have the chance to photograph bears from one of these hides?

If you would like the chance to photograph a brown bear in Slovenia, then visit Miha’s website for more info. Experienced photographers can simply book a place in a hide. If you need some guidance or want to make a full tour out of it then check out his photographic tours. 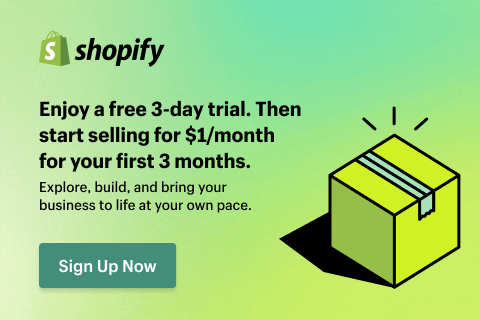