I captured this image on a hill in the Ljubljana Marshes (Ljubljansko Barje), just outside the capital of Slovenia. It wasn’t planned. Nor had I actually gone up there specifically to take a photo. I was just there on a walk with my family. But when I emerged at the top of the hill, I spotted this moment, and also anticipated what would happen next.

The sun was bursting through the clouds and rays spreading out, illuminating the frosty landscape down below. I also saw the direction in which the clouds were heading. I couldn’t see the church, but I knew it was there and anticipated that it would fall upon this nearby hill and church.

I took off over the fields without warning, my son chasing after me shouting “daddy, daddy!” I got into position, pulled out my camera and got to work. For the next ten minutes I captured this and a number of other great shots. I came back grinning. My wife by now was used to this crazy behaviour and was smiling this time. “Wow!” I thought to myself, “that was lucky.”

But was it? As I was processing the photos later that evening and reflecting on my good fortune, I started to think about how much luck actually plays a part in photography. I remembered another time when I captured a photo of Lake Bled, with the sunrays bursting through the clouds and falling right on the island church. When I posted it on social media, one person commented, “lucky shot” When I replied saying that I had been walking around the lake watching the light, anticipated this and moved myself into position, his answer was, “still a lucky shot”

So how much does luck play a part in the great moments we capture?

Let’s go back to the first photo of the church over the Ljubljana Marshes. While I hadn’t planned that shot, or gone up there to take photos, a number of other factors contributed to that photo being so good:

Knowledge of the location:

I have, and still do, visit this location and photograph from there all the time. I already knew this view and have composed it on many occasions in different conditions and lighting. So although I couldn’t see the church, that’s why I knew it was there. When I saw the sun bursting through the clouds and where it was heading, this picture instantly came into my head. I also knew exactly where to go to get it, hence the reason I darted off immediately.

Never leave home without your camera. Although this was a family outing and not a planned photo shoot, I still had my camera and some equipment in my backpack. There has been the odd occasion when I left my camera at home, because it’s so heavy to carry in my backpack. But on one occasion I was to regret it. I missed a stunning moment just before a storm hit. Had I left my camera at home on this frosty day, I would regret it for the rest of my life.

I’ve been taking photos seriously for 20 years now, and in that time I have developed my own eye for an image, honed my compositional skills and my ability to quickly visualise an image when needed. While it’s best to take your time to think and plan a good composition, sometimes moments are fleeting and you need to react quickly. While the Ljubljana Moors photo was composed quickly because of my experience shooting at that location, it’s not always the case.

A photo I took at Portlethen in Scotland was completely unexpected, and it was my first and only ever time there. I had driven up from the south, checked into a hotel in Aberdeen and rushed down to this place for the sunset. I had picked out this location from a scan of Google maps and quick look at a few photos on the Internet. Because I had been driving since early morning I was exhausted, so after sunset I packed up headed off. I was walking back across the rocks, when I looked out and saw the full moon starting to rise over the horizon. I quickly took in the scene and the area around me and visualised this picture, even hoping for the splash of the wave over the rock.

Knowing your equipment, and setting defaults:

When these moments occur, we need to work fast. So knowing your equipment is essential. After any photoshoot I always set my camera to my preferred default settings, which is: ISO 200, aperture F16 and aperture priority mode. I also make sure my exposure compensation is set back to zero (Costly mistake in the past enforced this rule). ISO is also critical. There is nothing worse that rushing to take a shot and afterwards realising the light wasn’t that good, you still had your ISO set to 6000 from the night before!

Because I know what my camera will be set to, it’s easy to quickly make adjustments when necessary. In Scotland that time, I also had to quickly setup my tripod, so years of practice helped there. It may seem like a daft idea, but it’s good to practice it so you can set it up like a Formula One pit stop engineer. Trust me, you will need to one day.

Skill and experience as a photographer:

When these lucky moments occur, none of the above will matter if you don’t have the skill to capture it. In my early days as a photographer I had many lucky moments appear in front of me, but I messed up the photo because I wasn’t skilled enough in any of the above, and also in the technicalities of photography. I still mess it up sometimes, but not so often.

Don’t take the photo until you are ready:

When shooting handheld, like I was on the moors, you also have to calm yourself down from the excitement of the moment, and not only compose the photo, but compose yourself and think. With the moors photo I didn’t have my tripod, and was damn sure I wasn’t going to screw up this shot, so I took a moment to meter the scene.

Shooting handheld meant I risked camera shake, especially as I had to move fast. So I switched to full manual, ramped up my ISO to 400, set an aperture of F13 so I could get a faster shutter speed of 1/160. This would eliminate any possible camera shake. Also, setting to full manual would ensure that the shutter speed wasn’t compromised by the high contrast scene, and I could keep control of it. After each shot, I took a quick look at the histogram to ensure the exposure was still right.

Taking time to survey the scene and anticipate what will happen:

While many lucky moments are fleeting and you have to work fast, some are not.

At Durdle Door on Dorset’s stunning Jurassic Coast in England one July evening I had come down with the plan to capture the sunset over the cliffs at Bats Head, which happens in summer. As the sun sets over these cliffs there is rarely the chance of good light once it has gone over, and unless there are good clouds it’s likely not be that spectacular. I was about to go home because there were no clouds and the blue hour would also be rubbish as a result

However, I suddenly noticed the full moon rising over the southeastern horizon, just beside the arch. Now the moon doesn’t move so fast so I had plenty of time to watch and think. As the moon moved higher, I moved along the beach taking photos and watching its direction. It soon became apparent that from a certain viewpoint it would rise over the top of the arch, so I moved into position. As it started to appear, I also had time to make some fine adjustments to my location to ensure it appeared inside that little dip in the top of the rock.

Another time, I was taking photos on a hill beside a church near Ljubljana; again a place I often photograph. This evening was a double whammy of luck, because at sunset I was treated to some beautiful Cumulonimbus with Mammatus clouds.

But as the dusk ensued, I turned for a look at the church and was surprised to see the moon rising beside it.

Now this wasn’t any moon, it was the night before the 2013 Supermoon. Again I had time to study its movements, move myself around and anticipate a shot. Now at dusk churches are often lit up. I was able to position myself perfectly to capture the moon slap bang behind the spire. And Mother Nature also gave me a helping hand by drifting some nice clouds over to diffuse the intensity of the moon and bring it more into balance with the ambient light and the artificial light of the church. This meant I could capture it in a single exposure.

Again knowledge and skill came into play. I knew that the best white balance setting when mixing moonlight with artificial light is fluorescent (3900k), so took time to set that.

This was my last shot of the day, and I packed up and left a very happy photographer.

So there you have it, luck only plays a small part. Without all the above you’ll likely miss the chance to make the best of those lucky moments. But don’t worry if you do miss it. Learn from the experience. Think about what you did wrong. Practice all these things, and hone your skills. In time you’ll find that you’ll be able to make the best of that luck.

And next time someone tells you that it was a lucky shot, you can confidently reply,

This article was first published in Landscape Photography Magazine 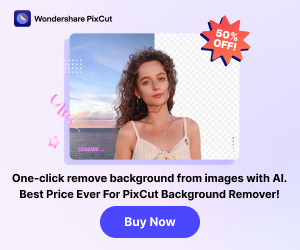